If you liked this item, please rate it up on Steam Workshop page.

Better Sieges incorporates several changes in both the campaign and battle to make sieges more dynamic, exciting, and more fun. I mean, if you’re into that sort of thing.

All towers’ firing arcs are increased to 180 degrees, making them much more deadly and important to capture or destroy. However, their range has been substantially decreased at the lower levels. This means you can siege them from safety if you bring artillery without resorting to "cheese" strats. Even the Lvl 3 towers can be outranged by the best artillery units. However, the Lvl 4 towers will match or outrange all units in the game. As it says in the Bible, God fights on the side with the heaviest artillery.

("Arrows" is my catch-all term for projectiles that vary by race, including arrows, muskets, ballista, and even bones. "Artillery" is a similar catch-all term.)

Although Tower HP is decreased, Gates and Walls are much more durable. Gate HP has been increased by 2.5x, and Walls by 2x. Meanwhile, battering rams do 2.75x the damage. This means monsters will no longer be destroying the gate before your infantry even arrive at the doorstep, but can still do the job over time. Unequipped infantry will be futile against the gate alone. Battering rams now are one of the best ways to force open a gate.

Battering Rams and Siege Towers now build much faster and the manpower pool to build them has been increased. Siege weapons are much more useful in battle now than before.

In addition to the battering ram’s increased damage (x2.75), both the ram and the siege tower move & turn faster.

Climbing speed has also been reduced by 40%, making siege towers much more important! Especially when your generals remember that uncovered troops on ladders can still be shot by towers…

Note: Most units are missing climbing animations. Don’t look too closely. 😉 This is also why I couldn’t add other units without breaking immersion. The game won’t allow artillery on walls.

Ever hated how capturing the town plaza was basically a worthless endeavor?

Normally, capturing the keep took 60 seconds, and then you’d have to wait another 200 seconds for the "Defender Victory Points" to empty before you finally won, taking over 4 minutes! By that time the enemy had already routed!

In this mod: Defender Victory Points are virtually eliminated (set to 5). Time to capture the keep has been changed to 85 seconds. For the defender: there’s no chance to recapture it if you lose it. For the attacker: capturing the keep is now a viable strategy. Enemy troops may still be fighting on the walls when the church bells crumble and the call to abandon all hope rings out.

The points threshold to capture the flag has been buffed to prevent cheesing with a single zombie summon or whatever.

○ Siege holdout time is reduced by 3 turns before attrition kicks in. Besieged units suffering attrition are also eliminated 1 turn earlier.
How vanilla besieged attrition works: Once it kicks in, trapped units lose 50% of their current HP every turn. In vanilla, they eventually die when they get to 2%. (Now 4%)

○ Units belonging to an AI garrison (not an army) get a 100% ammunition buff, 20% missile ward, 10% magic ward, and +15 Leadership. This represents their home advantage. This is applied only when you attack the AI — humans don’t need the help.

○ As a whole these changes give a combat advantage to the defender and a campaign advantage to the attacker. In particular, towers rack up a lot more kills. So I doubled the lethality of towers in the autoresolver.

○ Battering rams and siege towers autoresolver power is reduced by 20% to compensate for the number the attacker can build quickly. They have a unit cap of 4 each (4×2 for towers), too.

○ Lastly, the Damage Walls hero action has base success chance of 40% (down from 60%), since it’s much more impactful than before. The chance of critical failure is also 20% less likely in order to compensate for the nerf. Lord Kroak’s unique Damage Walls action is unchanged.

A companion mod designed for Better Sieges. This collaboration from John Austin and me improves garrisons, awards units for military buildings and landmarks, and gives spells and abilities to heroes. Save-game friendly. 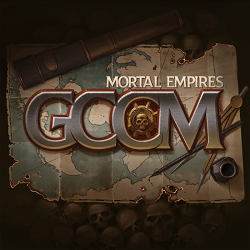 The AI struggles on a few of these custom maps, but they’re still too beautiful for me not to recommend. If you’re tired of all the siege maps feeling the same, you need GCCM!

Preference: No Walls for Minor Settlements

CTT – compatible, except no additional units on walls by Cataph’s request.

Save game friendly. This mod can be both added and removed from your campaign without issues. All changes take place immediately.

Credit to Jadawin for his script and several ideas.

If you’d like to show thanks, consider donating to your local food bank or the Red Cross[www.redcross.org]. Thanks everyone. Happy sieging! 😊

SEARCH BY TITLE OR STEAM ID